Double Glaze! Jordan Finishes One Apprenticeship and Moves Onto The Next! 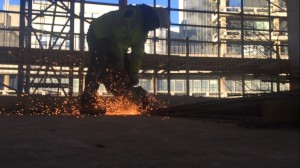 Background:  Formerly to starting his apprenticeship at K10, Jordan was at college studying to get his Level 3 qualification in Media Studies. He decided that this was not what he wanted to pursue in life but rather do something physical.

What happened next: Due to Jordan’s lack of site knowledge and experience, an opportunity for a six month paid work experience placement arose with a groundworks team through K10. Due to his perseverance and outstanding performance on this placement, K10 were more than happy to employ Jordan full time as a Construction Operations Apprentice.

During the Apprenticeship: ‘Trying to find a sustainable job in the line of work I originally thought I wanted to get into was not easy but I really wanted to find a job that fit me and I knew it laid somewhere in construction, especially as  a lot of my family are in this industry. I wanted something more physical. I enjoyed my apprenticeship so much, the sites I was placed on were very welcoming and I got taught what I needed to know. I wasn’t expecting them to be as accommodating to an apprentice as they were. I had an all-round good experience. The first site I was on was with Hills, this was such an interesting site to be on as I started at the bottom of the site and I worked all the way up. This gave me an insight into not just what foundations and structures are but how they work and their importance to the building’.

‘K10 were always supportive. They guided me down the best path they could. When I was due a pay rise, they gave it and they always tried their best to find me a placement if my site ended, which it did and resulted in me being on three different sites. K10 got me onto two apprenticeships, of which I am now on my second’.

After the Apprenticeship: Since finishing his Construction Operations apprenticeship, Jordan has started his Level 2 Business Administration apprenticeship with us in Islington on site with Mace. 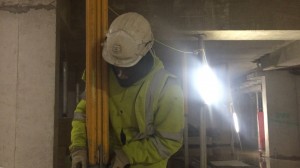 ‘Jordan is a very hard working apprentice. He’s reliable, committed to his course and passionate about the work he does. It’s a pleasure to have him doing a second apprenticeship with us’ – Jack Speckman